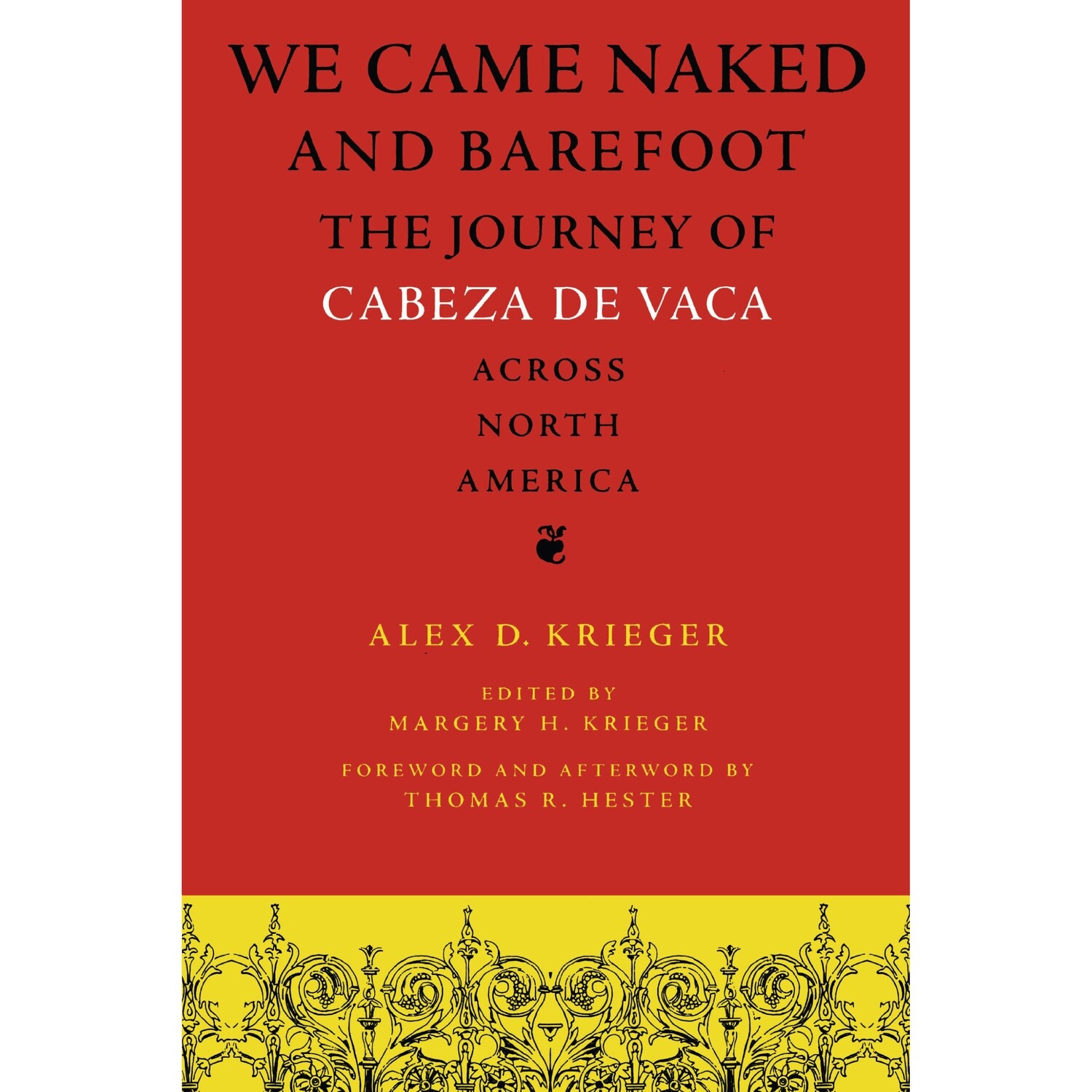 "We Came Naked and Barefoot: The Journey of Cabeza de Vaca across North America" by Alex D. Krieger

Perhaps no one has ever been such a survivor as álvar Núñez Cabeza de Vaca. Member of a 600-man expedition sent out from Spain to colonize "La Florida" in 1527, he survived a failed exploration of the west coast of Florida, an open-boat crossing of the Gulf of Mexico, shipwreck on the Texas coast, six years of captivity among native peoples, and an arduous, overland journey in which he and the three other remaining survivors of the original expedition walked some 1,500 miles from the central Texas coast to the Gulf of California, then another 1,300 miles to Mexico City.

The story of Cabeza de Vaca has been told many times, beginning with his own account, Relación de los naufragios, which was included and amplified in Gonzalo Fernando de Oviedo y Váldez's Historia general de las Indias. Yet the route taken by Cabeza de Vaca and his companions remains the subject of enduring controversy. In this book, Alex D. Krieger correlates the accounts in these two primary sources with his own extensive knowledge of the geography, archaeology, and anthropology of southern Texas and northern Mexico to plot out stage by stage the most probable route of the 2,800-mile journey of Cabeza de Vaca.

This book consists of several parts, foremost of which is the original English version of Alex Krieger's dissertation (edited by Margery Krieger), in which he traces the route of Cabeza de Vaca and his companions from the coast of Texas to Spanish settlements in western Mexico. This document is rich in information about the native groups, vegetation, geography, and material culture that the companions encountered. Thomas R. Hester's foreword and afterword set the 1955 dissertation in the context of more recent scholarship and archaeological discoveries, some of which have supported Krieger's plot of the journey. Margery Krieger's preface explains how she prepared her late husband's work for publication. Alex Krieger's original translations of the Cabeza de Vaca and Oviedo accounts round out the volume.