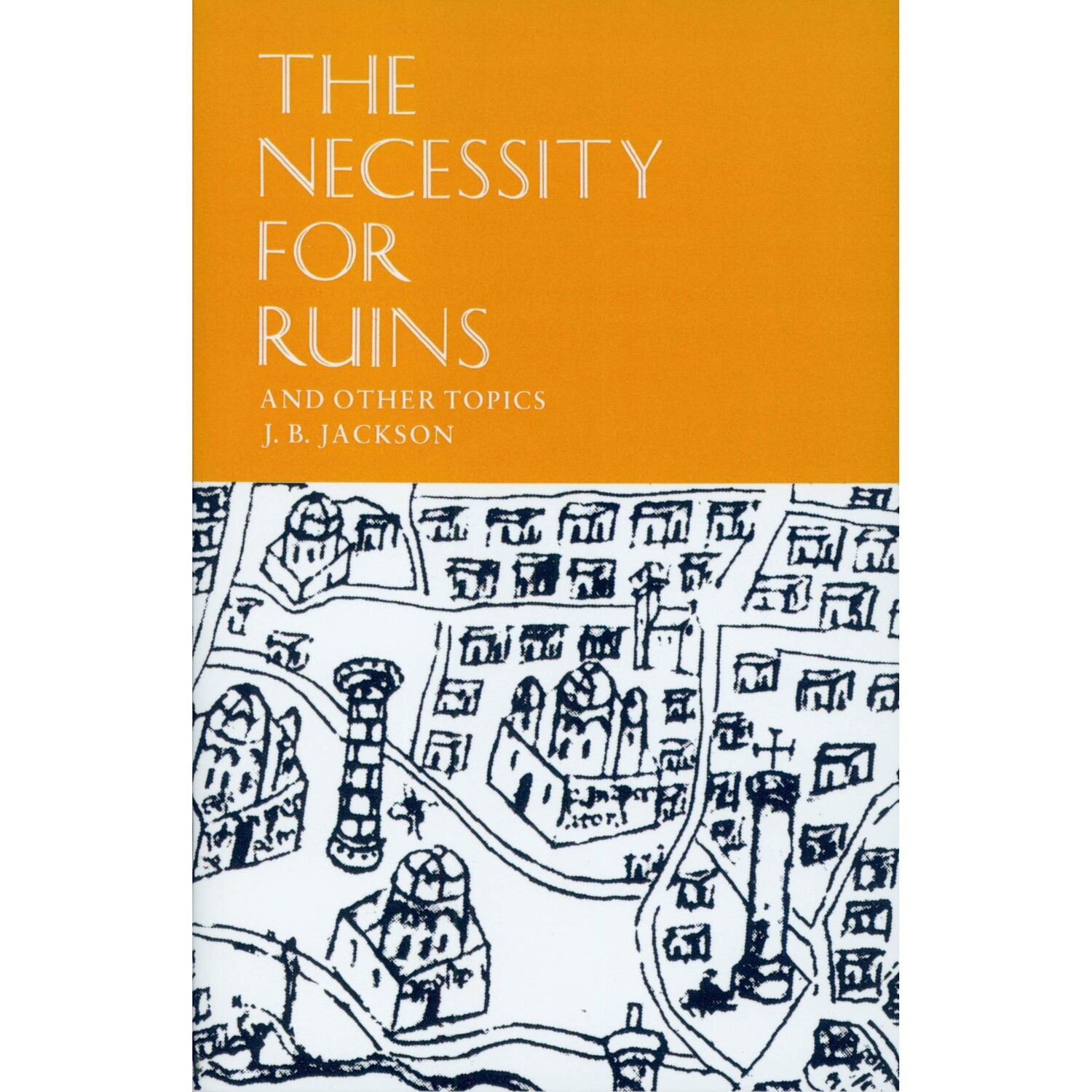 "The Necessity for Ruins" by J. B. Jackson

Essays examine the way we perceive landscape, the effect of gardens and cities of the past on the landscapes of the present, and the way American architecture has broken with tradition. Discussion relates the importance of space to relativism throughout time.

J. B. Jackson was born in 1908 and lived until 1996. Raised and educated in Massachusetts, Jackson studied geography and architecture until he launched the combination of these subjects in his magazine, Landscape. Jackson went on to publish Discovering the Vernacular Landscape (1984), The Essential Landscape: The New Mexico Photographic Survey (1985), and A Sense of Place, a Sense of Time (1994), which won the 1995 PEN International award for the best collection of essays.

"In our era of scientific geography it is refreshing to find thought provoking entertainment such as J. B. Jackson offers here in these nine essays. They derived from keen observation and knowledge; they are articulate and discursive. In the course of 30 years of work with Landscape and in his subsequent books, Jackson has emerged as a thoughtful and stimulating geographer able to help students understand space and to challenge his colleagues to reexamine some of their notions about earth-space from startling novel perspectives."―Journal of Historical Geography

"These essays are 'unified' in two ways, by the fact that each deals with some aspect of the 'manmade' landscape in Europe or America and, even more compellingly, by their disclosures of the workings of a single remarkable mind. . . . This is not simply a good book or an entertaining one, it is extraordinary in every sense of the word."―Wilbur Zelinsky, Landscape

"Jackson discusses the evolution of the development, use, and perception of landscape-the space around us in the most general sense. Human beings have used spaces in varying ways through history--ways which are not strictly utilitarian but which always reveal as much about a society's perception of its own culture at a given moment. The title chapter examines the proliferation of historic parks and monuments and argues that American culture demands a three-step formulation of history: the good old days, a period of decay, and the present, in which the past is rediscovered and re-constructed according to today's demands and expectations."―Library Journal

"Loaded with provocative thought. . . . This is a marvelous book for all those interested in European and American culture and landscapes."―Journal of American Culture

Save this product for later
Display prices in: USD