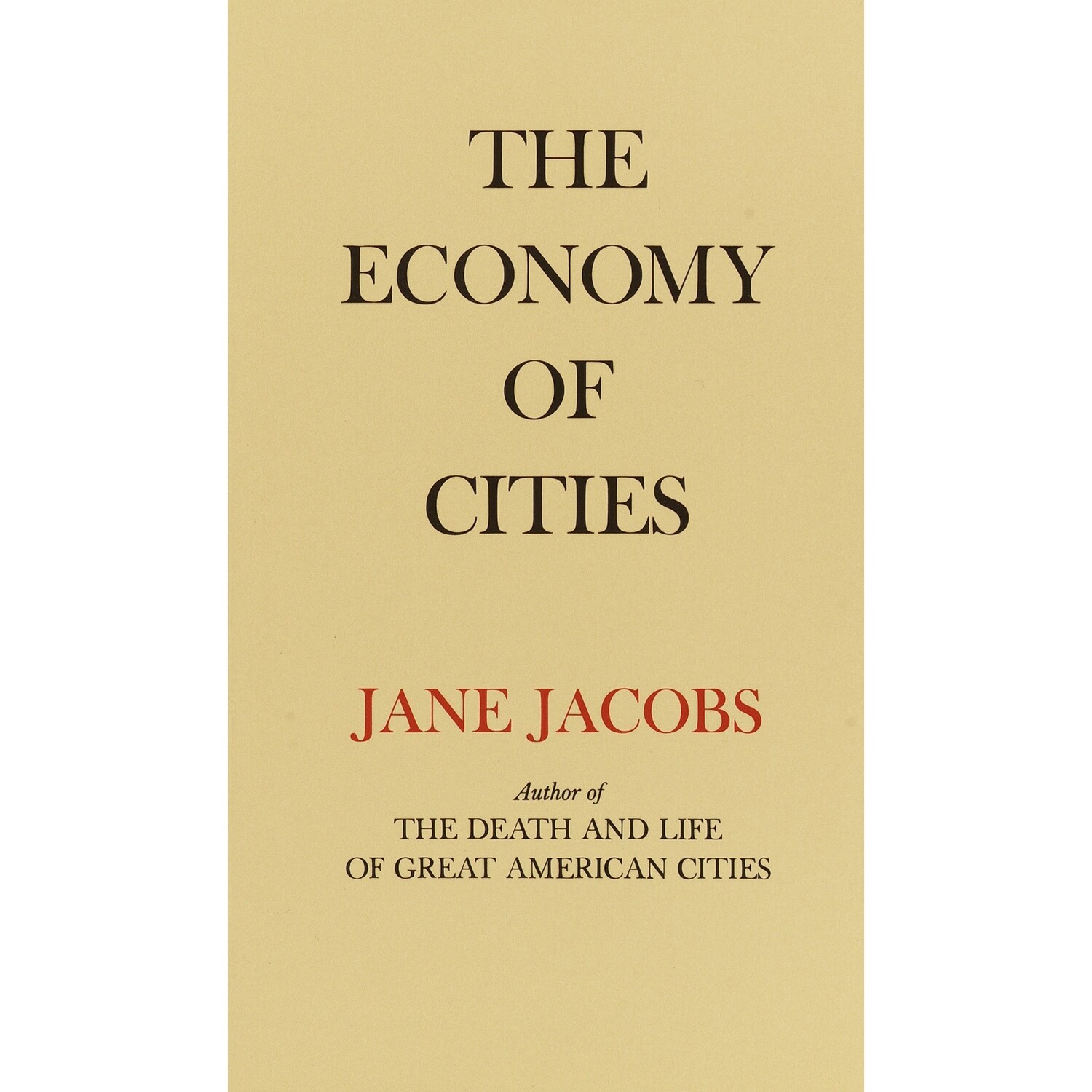 "The Economy of Cities" by Jane Jacobs

In this book, Jane Jacobs, building on the work of her debut, The Death and Life of Great American Cities, investigates the delicate way cities balance the interplay between the domestic production of goods and the ever-changing tide of imports. Using case studies of developing cities in the ancient, pre-agricultural world, and contemporary cities on the decline, like the financially irresponsible New York City of the mid-sixties, Jacobs identifies the main drivers of urban prosperity and growth, often via counterintuitive and revelatory lessons.

"The Economy of Cities is an astonishing book. It blows cobwebs from the mind, and challenges assumptions one hadn't even realized one had made. It should prove of major importance."-- Christopher Lehmann-Haupt, The New York Times"This book is radiant with ideas about what makes cities rich or poor, how cities grow, and how city growth affects national economies."-- The New Yorker"What Mrs. Jacobs has done ... is to begin to formulate a badly needed urban myth for our now almost urbanized society...."-- Herbert J. Gans, New Republic"The book is... timely, and if it will irritate some of the experts it will also help bring some neglected issues and theories into public focus. This ... has always been Mrs. Jacobs' most notable taient and her most constructive contribution."-- Charles Abrams, The New York Times Book Review
Save this product for later
Display prices in: USD