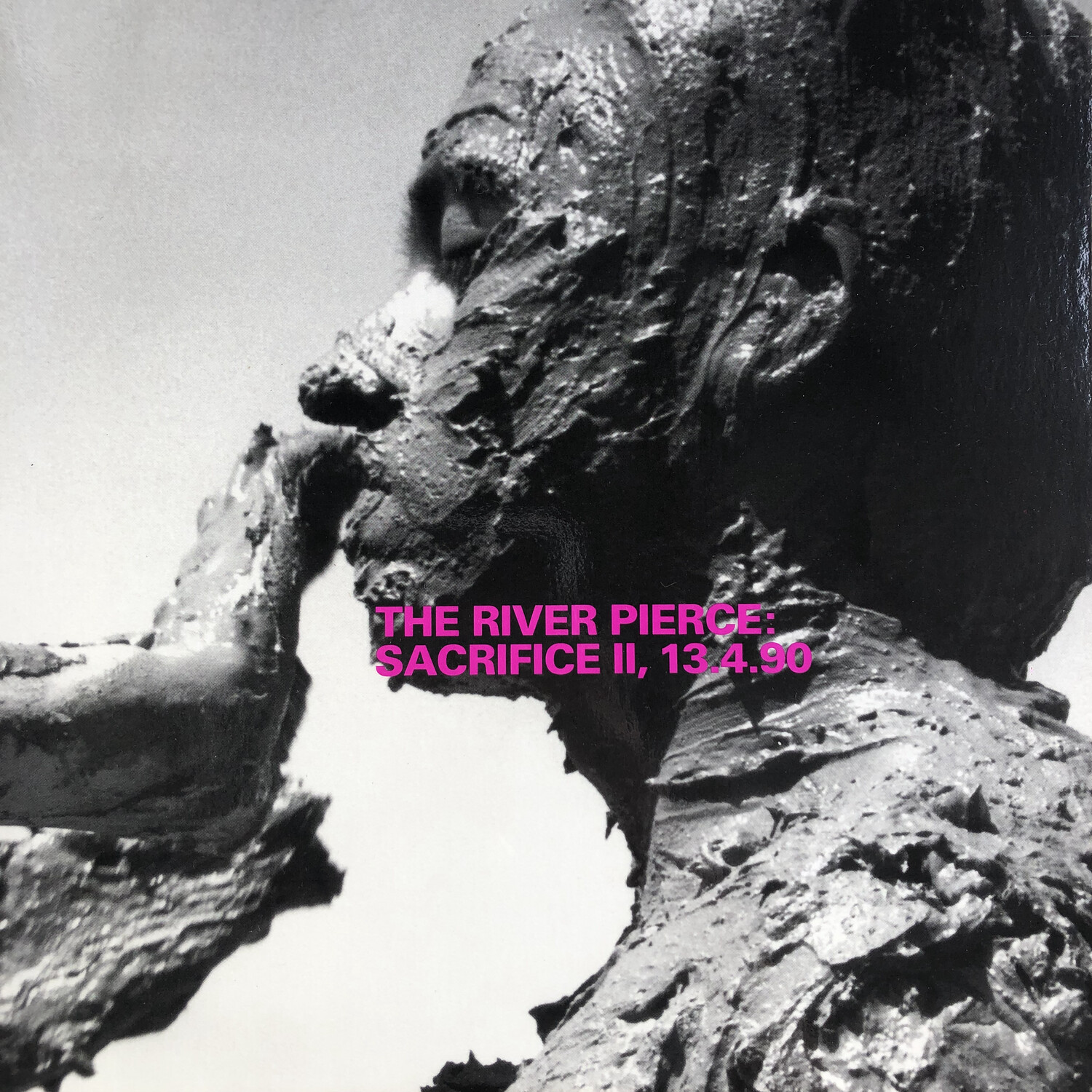 "On April 30, Good Friday, in 1990, the River Pierce Foundation performed an innovative Via Crucis combining both the traditional religious ritual and added elements that addressed violence done to the environment, especially the Río Grande. Around 200 people participated, including artists, writers, activists, friends and a documentary and support staff.. While it followed the customary narrative, Sacrifice II, 13.4.90 was itself a processional drama of prayers, song and narrative. At its center was a monumental sculpture by Michael Tracy, Cruz: La Pasión. Transported on a wagon drawn by garlanded white mules, the cross was itself a sacrifice. In Tracy’s own words, “The Cruz: La Pasión was never conceived of or made to be a work of art; it was always intended to be a burnt offering and in the burning of it a prayer, a chant, a song of praise, an epitaph, a dance, a litany, an ablution and so many things undefined. I want the process of it becoming what it will ultimately be to continue and to exist.” At the culmination of the rite, the cross was floated into the river and set afire."