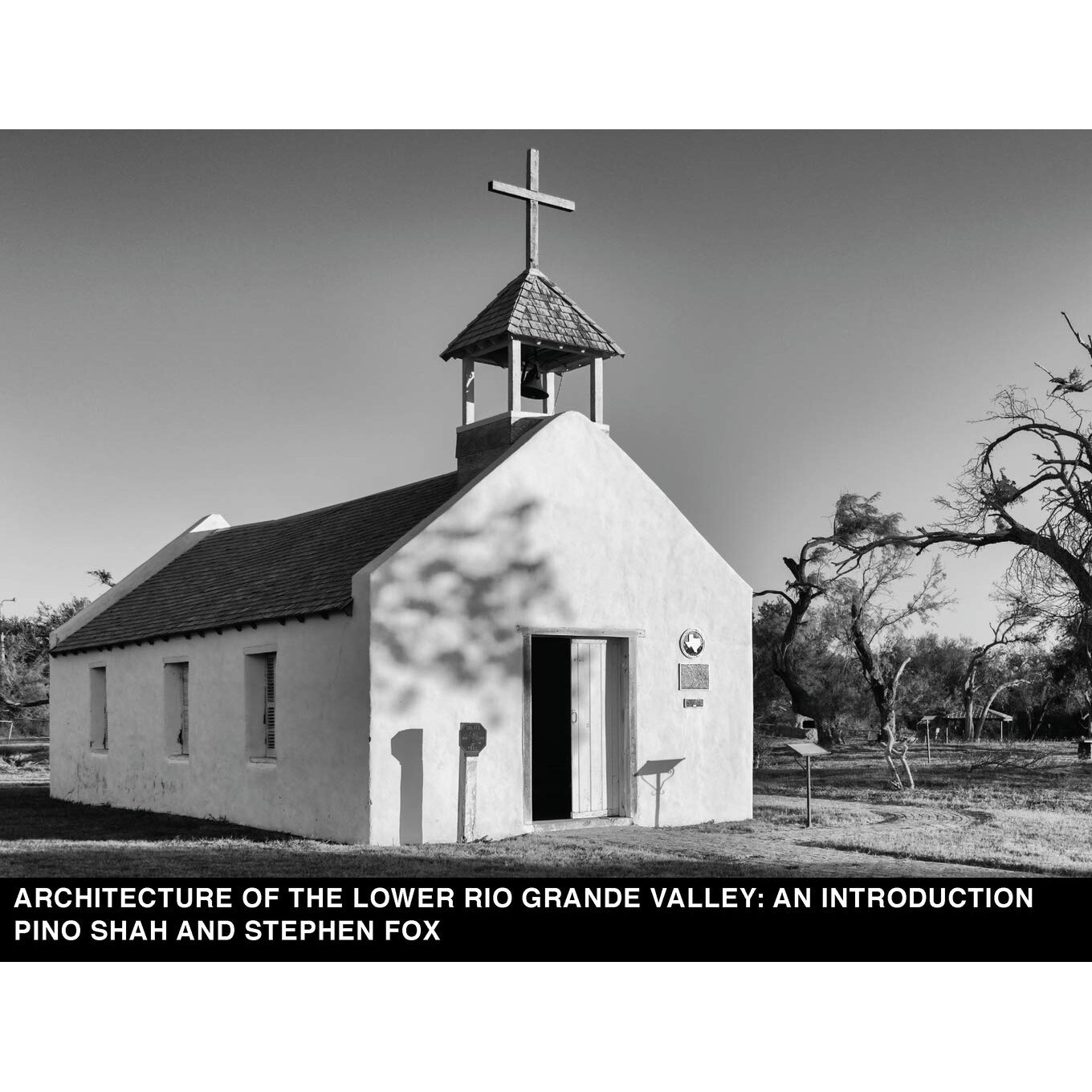 "Architecture of the Lower Rio Grande Valley: An Introduction" by Pino Shah and Stephen Fox

Through photographs, 'Architecture of the Lower Rio Grande Valley: An Introduction,' celebrates the architecture of the Texas-Mexico border region, its craftsmen, its cultures and its climate. The architectural images by Pino Shah provide a journey through 160 years of history and heritage, revealing the border’s built environment as filtered through diverse cultures: Mexican, Spanish, American, German, and French. The photographs highlight the distinctive styles -- Spanish and Mexican Colonial, border brick, Mid-century Modern, Pan American and 21st Century – found in the southernmost region of Texas. These architecturally significant buildings are often culturally and historically significant as well.

Pino Shah is a world heritage architecture and performing arts photographer based in McAllen, Texas and Ahmedabad, India. Stephen Fox is an architectural historian and Fellow of the Anchorage Foundation of Texas provided the narratives for photographs and acted as an architectural advisor to the project.